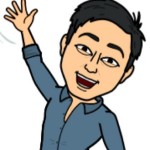 U.S. PRESIDENTS: More than a dozen U.S. presidents were members of this fraternal organization, including George Washington (pictured), who earned the distinguished title of master Mason. James Monroe and Andrew Jackson also were Masons, and Thomas Jefferson and James Madison are said to have had connections to the organization.

FOUNDING FATHERS AND PATRIOTS: Benjamin Franklin (pictured) became a grand master in 1734 and edited and published the first Masonic book in America that same year. Thomas Paine wrote An Essay on the Origin of Free-Masonry in the early 19th century and was suspected of being a Mason. Samuel Adams, Patrick Henry, and Francis Scott Key are also believed to have been Masons or at the very least to have had Masonic connections.

MILITARY LEADERS: Many Masons made their names on the battlefield. Some of the earliest were John Paul Jones and the Marquis de Lafayette, heroes of the American Revolution. Many generals who fought on opposite sides in the Civil War were members of the same fraternal order, including the Confederacy's George Pickett and the Union's Joshua Chamberlain, both of whom fought at Gettysburg. World War II generals Omar Bradley and Douglas MacArthur (pictured) and Adm. Arleigh Burke also were prominent Masons.

SUPREME COURT JUSTICES: The organization attracted many powerful figures from the field of justice, including John Jay, the first chief justice of the Supreme Court. Other chief justices who were members: Oliver Ellsworth, John Marshall, and Earl Warren. William O. Douglas, who served longer as an associate justice than anyone in history (36 years, 209 days), was a member, as were Hugo L. Black, Potter Stewart, and Thurgood Marshall (pictured).

ASTRONAUTS, AVIATORS, EXPLORERS, AND PIONEERS: Throughout the years, the Masons have attracted many adventurers. Davy Crockett was a Mason, as was James Bowie, who met his end at the Alamo on the same day as Crockett. Richard Evelyn Byrd, who claimed to be the first to fly over the North Pole, called himself a member, as did Charles Lindbergh (pictured). Many astronauts are also members, including John Glenn and Edwin Eugene "Buzz" Aldrin, who brought a Masonic flag to the moon in 1969.

WRITERS: Samuel Langhorne Clemens, better known as Mark Twain (pictured), is one of many esteemed writers who were members of the organization. Another famous man who wrote under a pen name—François-Marie Arouet, better known as Voltaire—was a member, as were Rudyard Kipling, Sir Arthur Conan Doyle, Sir Walter Scott, Jonathan Swift, the poet Robert Burns, and the playwright Oscar Wilde.

ARTISTS, SCULPTORS, AND ARCHITECTS: The Masons are known for their interest in architecture, so it's no surprise that many renowned artists are members, including Frederic Bartholdi, the French sculptor who designed the Statue of Liberty; Gustav Eiffel, the designer of the tower that bears his name; and father and son sculptors Gutzon and Lincoln Borglum, who carved Mount Rushmore. Painters Marc Chagall and Charles Willson Peale also were Masons.

WORLD LEADERS: Freemasons can be found almost anywhere. Italian Prime Minister Silvio Berlusconi was once a member of a Masonic Lodge known as P2. The lodge's charter was revoked in 1976, but it continued to operate illegally until 1981, when it was dissolved by the Italian Parliament. Latin American politicians Simón Bolívar and Salvador Allende were Masons, as was Winston Churchill (pictured). Napoleon was also generally believed to have been a member.

MORE MASONS: There is an interesting connection between Freemasonry and Mormonism. Joseph Smith and other church founders were Freemasons and founded a lodge in Illinois in 1842. Brigham Young also was affiliated with the Masons. Several civil rights leaders also have ties to the organization. Educator and orator Booker T. Washington and NAACP founder W.E.B. DuBois were members, as is Jesse Jackson.

What is the definition of fellowship?

What is the definition of fellowship?

171st Annual Communication of the Grand Lodge of California